Waygetter Electronics is the team of developers who created the game. They are also included as an in-universe toy company, as the creators of the Tattletail and Flashlight(s). Waygetter has an official website and a Twitter account. 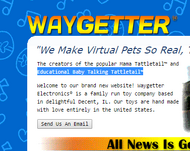 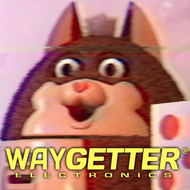 The image Waygetter used in their tweet for when Tattletail was on the Steam Summer sale event.
Add a photo to this gallery
Retrieved from "https://tattletail.fandom.com/wiki/Waygetter_Electronics?oldid=6744"
Community content is available under CC-BY-SA unless otherwise noted.