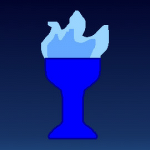 Me Minty! Me love Tattletail!

I'm a girl of multiple talents and interests, but I am especially dedicated to film design. Tattletail was one of the games I have played, although I wish I had recorded my gameplay. :( I also like FNAF as well as Bendy and the Ink Machine, Angry Birds Stella, Bubble Witch Saga 3, and others. But I do enjoy Tattletail. He's kinda cute... deserved his own film.

I find authentic game lines a crucial part of movies I make based on games. In my opinion, it makes it more "legit". I do, however, understand the importance of crediting people. Which is why I cite my sources.

I've been on a wiki where plagiarism is taken very seriously and has quite harsh consequences. Had a couple of friends there. Darn, I hope Thunderbirds101 eventually finds me... I wasn't banned but I'm just not allowed to visit his wiki right now. My parents.

I also post game trailers, though Five Nights at Chuck E Cheese's 2 was cancelled. But I hope to get a Tattletail fangame out at some point.

If you'd like to leave a comment, go ahead! I love hearing from people. Just don't use excessive profanity when talking to me. I have a chronic stress issue and it spikes upon hearing too much cussing.

One more thing... I'm writing a Tattletail film. It's amateurish as of now, but it leads up to Major Minty's story (my fictional counterpart, aka Minty the Good Witch). The Kaleidoscope will be involved, but I've added a Papa Tattletail and instead of the Baby Tattletail as the Christmas gift, it's Mama with updated technology and deemed safe... until a very familiar FF7 character possesses her as part of his plan to ruin Christmas in the City of Dreams (he was exiled to there, a place I created) with his dark spells.

I even gave the tattletails new names and designs:

Yellow: Sunny (he actually gets called Butternut in the altered memories, like in the game, but in my verison it's part of the brainwashing)

Pink: Sweetie (The only speculated female)

Snowglobe and Night-Night might not appear. And since the film is in the modern days, Mama has the audio built into her since cassette tapes are history now. There are three buttons to press, each with a different set of actions (stories, phrases, or songs).

Ugh, enough babbling. My cat needs food and besides, I don't want to spoil that much. Just remember... unique equals awesome!

Retrieved from "https://tattletail.fandom.com/wiki/User:LunarFlareStudios?oldid=6874"
Community content is available under CC-BY-SA unless otherwise noted.