This page documents the numerous bugs in Tattletail.

The player can leave the normal playing area with this glitch. To perform it, go through the front door near the Protagonist's bedroom, and jump onto the doghouse. Then, jump onto the overhang to reach the roof. The player should then walk along the roof towards the back of the house, then jump onto the garage and finally over the wall. Drop down and the player will be out of bounds. However, as of the Kaleidoscope update, the dog house sometimes disappears, so this glitch is not always possible.

While crossing the roof, if the player is holding Tattletail, he'll say "Me know what you did!"

Falling off the map

One of the most known glitches is falling out of the map. In order to do this glitch, the player needs to perform the out of bounds glitch. Then they need to walk to the map limit, and when they reach it, the player will fall off the map. Tattletail will start to glitch as the player falls.

Until the player reaches the map boundaries, Tattletail will be darkly-shaded , and his body will be missing, leaving only a pair of floating eyes.

If the player is killed by Mama Tattletail on Night 5 during the supply run, the yellow Tattletail's present will reappear, but upon opening the box, it will be empty.

If the player stands on the ledge to the left of the basement door, and opens it, the player becomes stuck. 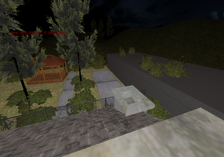 A view from the roof.

Ditto, from another angle. Note the spiky geometry. 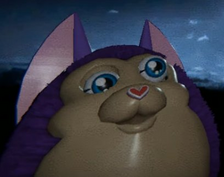 The first stage of glitched Tattletail. 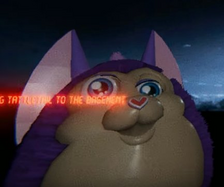 The second stage of glitched Tattletail. 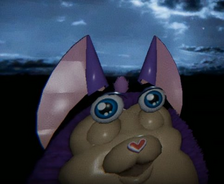 The third stage of glitched Tattletail. 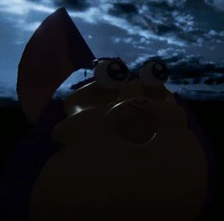 The fourth stage of glitched Tattletail. 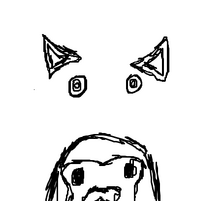 Tattletail will lose a bit of his body. 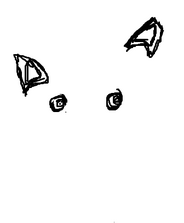 Tattletail lost his body, the eyeballs are now visible. (The body will sometimes appear.)
Add a photo to this gallery
Retrieved from "https://tattletail.fandom.com/wiki/Bugs?oldid=5130"
Community content is available under CC-BY-SA unless otherwise noted.